A Recent Study Reveals Money Is Even Dirtier Than You Think 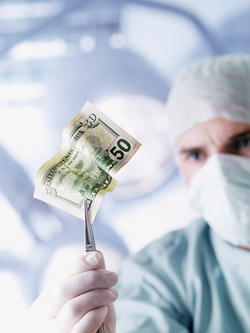 A recent Wall Street Journal article about “Why You Shouldn’t Put Your Money Where Your Mouth Is,” reveals some grimy details that may leave people thinking twice before paying with cash anytime soon.

According to the story, researchers of New York University’s Dirty Money Project found more than 3,000 different types of bacteria living on cash – many times more than in previous studies that examined samples under a microscope.

NYU’s Dirty Money Project collected 80 one dollar bills from a Manhattan bank. They found nearly 1.2 billion DNA segments, and believe it or not, only about half of that was human DNA. Researchers also found DNA from dogs, horses and even the rare white rhino!

Researchers weren’t able to identify most of the bacteria they found. According to The Wall Street Journal, “Scientists were only able to identify 20 percent of the germs on the dollar bills because so many microorganisms haven’t yet been cataloged in genetic data banks.”

The most abundant species they found is one that causes acne. Others were linked to gastric ulcers, pneumonia, food poisoning and staph infections.

This article offers an eye-opening glimpse into the world-wide problem of how dirty money really is. From dollar bills to euros, paper money is one of the most frequently exchanged items in the world. If our money is contaminated with a wide variety of bacteria, there is potential to spread these organisms from person to person. Hygienists have long worried that money could someday become a source of contagion and this study shows they may be right.

> Read the full article on The Wall Street Journal’s website.