Understandably, hosting the Olympic Games is a momentous event for the host nation, providing an incentive to build new facilities and improve the infrastructure of the host city and the surrounding cities that will be used as venues for the Olympic events. To this end, London will take the opportunity to host the first contactless Olympic Games. In light of this, British bank HSBC announced it will begin its transition to provide contactless technology this month in anticipation of the Olympic Games. The rollout will begin by offering HSBC customers whose debit cards are due to expire new contactless cards which can be used by waving or tapping a contactless payment pad, like the ones currently being installed at the Olympic venues. For now, payments on the cards are limited to £15, but will increase to £20 in June.

HSBC is just the latest European bank to start offering contactless solutions to its customers. It follows in the footsteps of German bank Sparkasse, Turkish bank Denizbank, and Finnish bank OP-Pohjola Group, all of which offer or have started pilot programs to begin offering customers contactless payment and banking solutions. 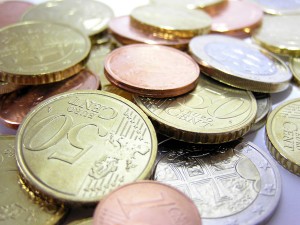 The use of the Euro across Europe might suggest a future in which customers could make purchases in any European country without having to carry cash.

Additionally, the German Banking Industry Committee has partnered with Infineon Technologies in an effort to launch contactless payment trials in the Hanover, Braunschweig, and Wolfsburg metropolitan areas. The initiative is one of the largest of its kind in Europe, perhaps representing a more urgent push for banks to offer widespread contactless solutions. The standardization of currency provided by the Euro makes these systems especially exciting, as it seems likely that European contactless systems will eventually be able to cross national borders.