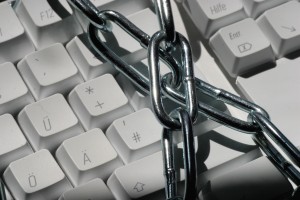 Let’s face it. We have too much to remember. There are days we all stumble out of bed and barely remember to grab the keys on the way to the car. The last thing we need is dozens of passwords to memorize, but we’re warned never to use the same one twice or use one that anyone could ever guess. Add to that the sites that have specific requirements – your password must be twenty characters long and include uppercase and lowercase letters, numbers, and at least one ancient Egyptian hieroglyph – and we’ve got no chance of ever remembering them all.

It’s no wonder so many people end up with all of their important passwords written on a Post-it note and stuck to the inside of their desk drawer. We’re so overwhelmed by these efforts at security that we end up resorting to methods like that which are completely insecure.

The password problem has become a “something’s gotta give” situation – and in fact it’s been there for a while. Back in 2004, Bill Gates spoke about the issues with traditional passwords, but 8 years later we’re still relying on them for a lot of important uses.

More and more replacements for passwords are emerging, though, and in addition to being easier to use and/or more secure, some of them are just plain cool! We already took a look at a few, but here’s some more that are really intriguing: