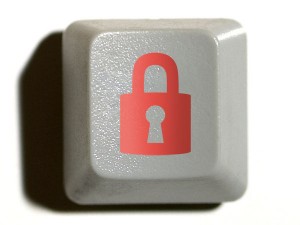 Security goes beyond physical security and access control – cybersecurity is important too, and companies have a responsibility to keep sensitive information safe and secure.  Proactive measures such as encrypting databases and installing antivirus software and firewalls can go a long way to keeping that data out of the wrong hands.  However, we continue to see news stories about major companies having their databases compromised.  Just a year ago, Sony had its Playstation and Qriocity networks hacked and its customers’ credit card and login information compromised.  Traditional security measures are becoming more and more obsolete, and even the companies that sell these security solutions cannot keep their own databases free of hacker intrusion.

IBM is the latest company to tackle the cybersecurity issue with its new QRadar platform.  Traditional security systems do not communicate with each other effectively, and by the time the systems recognize a threat the damage has already been done.  IBM, like a number of companies before it, hopes to improve corporate security with a platform where the various security programs employed by a company communicate and collaborate with each other to more effectively identify potential threats.  In IBM’s case, that platform is QRadar.

QRadar will keep track of any anomalies that pop up in the corporate setting.  Anomalies can range from multiple failed password attempts to an employee accessing a database they don’t normally use, to information being uploaded to an email client separate from the typical business email.  QRadar tracks these anomalies in real time and communicates with IBM’s X-Force database, the largest database in the world of threat and hacker information, to determine if an event is an actual threat or just an anomaly.  The largest corporations may see hundreds of millions of potential attacks each day, and that number is simply far too high for a human, or group of humans, to sift through to identify which threats are legitimate.  QRadar, however, can analyze that many incidents in seconds, making it a far more effective alternative.  Considering IBM’s standing as the world’s leading supplier in IT systems (witnessing over 13 billion security events each day from 4,000 clients), the company believes it has an advantage over other companies offering similar security intelligence platforms in identifying warning signs of attacks before they can occur.