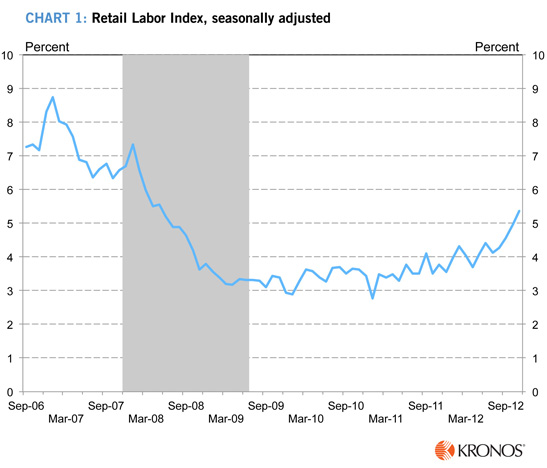 CHELMSFORD, Mass., March 1, 2012 — Kronos Incorporated today announced the March release of the Kronos® Retail Labor Index™, a family of metrics and indices that characterize the current state of the demand and supply sides of the labor market within the U.S. retail sector. The March report includes data for February 2012. The analysis and write-up are prepared by Macroeconomic Advisers LLC, and are available on the Kronos Retail Labor Index website.