Throw Away the Key: The Future of Access Control 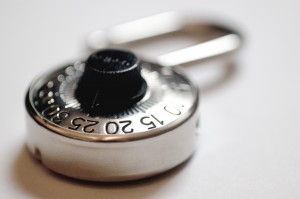 A secure facility is a necessity in any business. You can’t just have anyone walk into your building or into sensitive areas within your facility. Controlling who has clearance to enter your facility and who has access to doors, gates, and other areas is a good preemptive security countermeasure for any business.

But access control isn’t necessarily limited to buildings and facilities. Security has become a big deal in the mobile world due to the proliferation of smartphones and tablet devices. While certain amounts of security already exist on these devices, Google has gone a step further with Ice Cream Sandwich, the latest version of the Android operating system. The Face Unlock feature allows you to unlock your phone via facial recognition technology, making it more difficult for others to gain access to your devices. However, the facial recognition technology, which Google still considers experimental, can be tricked by a stock photo of you, so it is not fool-proof quite yet.

Other advances in security and access are being made as well. There is an effort to remove the need for alpha-numeric passwords as unlock mechanisms because they are clunky, relatively insecure, and fairly easy to forget. Researchers are looking into a means of unlocking devices and monitoring security based on how people type on keyboards or use gestures on touch devices. There is opposition to the movement, however. Microsoft researcher Cormac Harley says that instead of trying to replace passwords developers should instead create ways to better support passwords, arguing of passwords that “all those who have attempted to replace them have failed.”

One way or another, developers are actively trying to invent new ways to make our facilities and devices more secure. As technology advances, more creative solutions will begin to emerge. Perhaps we aren’t too far away from those creepy iris scanners from Minority Report becoming a reality.